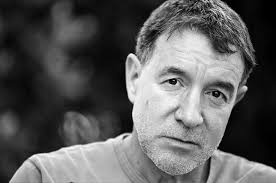 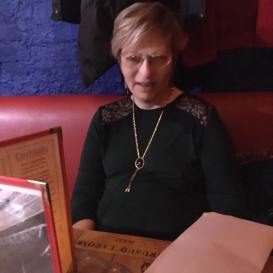 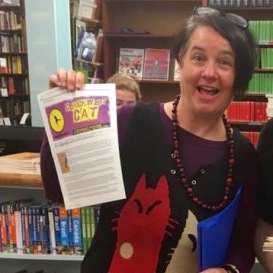 Take the A or C to High Street, 2 or 3 to Clark Street

Please check the MTA’s “The Weekender” for all transit updates.

HeathBrougher is the co-poetry editor for Into the Void Magazine, winner of the 2017 and 2018 Saboteur Award for Best Magazine. His work has been nominated multiple times for the Pushcart Prize and Best of the Net Award. Although he’s been writing his entire life, he didn’t begin to submit his “life’s work” for publication until 4 years ago. Since then, he’s been published in over 450 different journals and has had his work translated into 9 other languages. His most recent book is To Burn in Torturous Algorithms.

Heller Levinson’s books include LinquaQuake (Black Widow Press, 2018), Another Line (Watermark Literary Press, 1990), Bad Boy Poems (Bombshelter Press, 1993), Pulled Apart (Third Lung Press, 1989), Smelling Mary (Howling Dog Press, 2008), ToxiCity: Poems of the Coconut Vulva (Howling Dog Press, 2005), and more. Levinson’s poems and writings have appeared in hundreds of journals and literary outlets around the world. A growing body of essays and articles about Levinson’s Hinge Theory in both the literary and art world attests to the fascination and importance people are attaching to his developing and expanding theory of poetics. He lives in New York where he studies animal behavior.

Cindy Hochman is the president (and only employee) of “100 Proof” Copyediting Services. She is the editor-in-chief of the online poetry journal First Literary Review-East and a book reviewer for Clockwise Cat and Pedestal magazine, and one of her reviews was accepted for publication in American Book Review. Cindy has been published here and abroad, including Canada and Turkey. Her latest chapbook is Habeas Corpus (Glass Lyre Press).

Mary Newell lives in the lower Hudson Valley. Her poems were published in Dispatches from the Poetry Wars,BlazeVox, Spoon River Poetry Review, Hopper Literary Magazine, Earth’s Daughters, Written River, About Place, etc.  She has also written reviews and essays, including “Shades of Melancholy” in Melancholia: Hinge as Innominate Limina, by Will Alexander, Heller Levinson, and Mary Newell. Dr. Newell (MA Columbia, BA Berkeley) received a doctorate from Fordham University in American Literature and the Environment. She has taught literature and writing at the college level.

Clockwise Cat publisher and editor, Alison Ross, pioneered the genre of Zen-Surrealism and uses that as her guiding aesthetic. She also practices the tenets of Zen-Surrealist Socialism. Alison believes that “poetic intuition” knifes through the murk of the mundane and mutates mediocrity into a Utopia of the Dynamic. Recently, Alison was a featured poet at Surreal Poetics. In addition, she has three chapbooks – two from Fowlpox Press and one from dancing girl press – and has published reviews and editorials in various publications, includingFive2One, Fear of Monkeys, and Pop Matters.