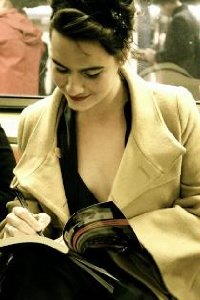 Amy Leigh Cutler is a New York City based poet. Amy’s “American Woman” tour took her from New York to California, where she performed in National Parks, bars, cafes, and bookstores all over the United States. She has also toured internationally in London, England where she competed in the Farrago Poetry Slam and in Dublin, Ireland where she was featured at The Kilmainham Arts Club. “Orange Juice and Rooftops” is her first published book of poetry and prose, and American Woman is her chapbook of poetry. Amy received a Bachelor of Arts degree in P.P.E. from The King’s College. She competes in performance poetry slams and is available for readings and lectures. Her background in spoken word and performance pieces comes largely from her work with Shakespeare and Company in Lenox. MA. Amy is also a photojournalist for The Basics online magazine. Check out her website at http://www.amyleighcutler.com. 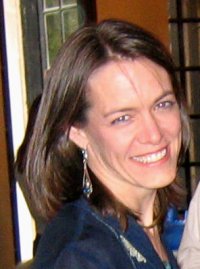 Ronnie Norpel is a performance poet, actor, photographer and jock with a deep passion for the Phillies, where she spent seven seasons as a ballgirl and fan accommodation manager. In New York, “Ronnie G” was the muse and collaborator of Warhol Factory superstar Gerard Malanga, whose photo of Ronnie, “Marble of Light,” was included for the exhibition and catalogue, Artists of the Warhol Circle Then & Now. She studied acting in Hollywood and worked at the Zero One Gallery. Today, Ronnie reads monthly in NYC with the Upper Left Side Writers and Poets. Other readings include the Lower East Side Festival, the SynonymUS collective at Nuyorican Poets Café, and the Wild Angels at St. John the Divine.
0.000000 0.000000
Advertisement